Hilarity Bites Comedy Club has joined forces with comedy clubs across the country to raise money for homeless charities in the run-up to the festive period.

Known as “The Homeless Support Stand-Up Project”, the campaign has been organised by Lindsey Davies, a young stand-up comedian from Lancashire. In her spare time, she volunteers at a homeless shelter, and was inspired to further help people living on the street after one of the service users died of pneumonia whilst sleeping rough.

As part of the project, at least 30 comedy nights are being held throughout the UK on Thursday, December 14th, 2017, including shows in Lancashire, Liverpool, Yorkshire, Manchester, London and Darlington. Each event will be donating the money raised to their local homeless charity.

The Darlington show has been organised by Hilarity Bites Comedy Club and will be held on Thursday, December 14th, 2017 at The Old English Gentleman on Bondgate in Darlington.

The show will feature acts including Lee Kyle, Carl Hutchinson, Nick Cranston, Anth Young, and Matt Hoss (line-up subject to change). The money raised from the show will be donated to The 700 Club.

Lindsey Davies, organiser of The Homeless Support Stand-Up Project, said: “It is this time of year that it is detrimental to support all these small homeless charities to help the homeless in their towns/cities, especially at Christmas.”

She continued: “The situation has prompted me to do something about it this winter. I organised a local comedy night in Leigh to raise money for the homeless charity I volunteer for, then I started thinking… it’s a UK problem, not just a serious issue within my hometown.”

Neil Jollie, founder of Hilarity Bites Comedy Club, said: “We receive dozens of requests to help charities each year, and we try to help out as many charities as possible that contact us. However, when I saw Lindsey’s Twitter posts about The Homeless Support Stand-Up Project I knew straight away that we had to be involved.

He added: “The response from the comedy community has been overwhelming, and there were far more comedians that wanted to take part that we could fit into one night – so much so, that I helped someone organise a show in Newcastle too so that we can raise as much money as possible for local homelessness charities.”

Tickets for “The Homeless Support Stand-Up Project” show in Darlington are priced at £5, which are available from the Hilarity Bites Comedy Club website. Doors open at 7:30pm, with the show starting at 8pm.

About The Homeless Support Stand-Up Project

“The Homeless Support Stand-Up Project” was founded by Lindsey Davies, a young stand-up comedian and homeless shelter volunteer from Lancashire.

You can find the latest updates from The Homeless Support Stand-Up Project on their Twitter profile and on the #homelesssupportstandupproject hashtag.

Formed in 2007, Hilarity Bites Comedy Club brings the best of the UK and international comedy scene to venues throughout the North East of England, including regular shows in Bishop Auckland, Darlington, Hartlepool and Newton Aycliffe.

The 700 Club is a charitable organisation in Darlington that provides temporary accommodation and support services to vulnerable individuals, families and couples who are homeless, at risk of becoming homeless and/or are in condition of need, hardship or distress. 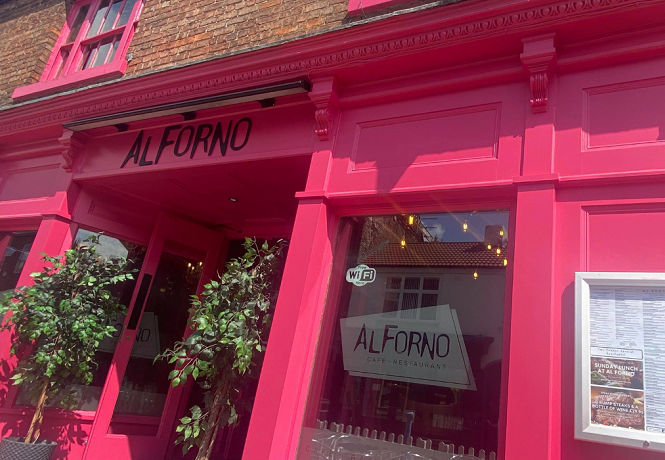 tgi MEDIA have been our long term marketing partners. They do everything for us including brand design, social media management, replying to reviews online, print & design including our new menus. Trustworthy company & highly recommended.